Test your skills as a marksman in the centuries old sport of Archery. Work your way through the grueling levels, negotiating wind conditions, barriers and moving targets.

Version 7.0 onwards, Archer Mania comes with an all new revamped 3D engine for more immersive graphics. All the existing levels have been refined and fine tuned for improved gameplay, apart from uniformity across different screen sizes in iPhones and iPads.

IMP: The Speed Archery levels have been redesigned to be played with the Super Bow that is automatically unlocked (and becomes the default) after purchasing the Premium Pack within the game. You can however, choose to manually select the Normal Bow if you wish, to play any of the levels for the additional challenge.

The interface has been greatly simplified. Instead of the onscreen joystick pad (from earlier versions), you can now move your finger or thumb anywhere on the screen to move the bow and arrow during aiming. As before, you can use the Switch button to adjust the Firing (Release) button for left handed or right handed users as applicable.

As a result of these changes, we have introduced two new leaderboards for Target and Speed Archery, since the difficulty parameters in each level have been modified.

Check out the new step by step walkthrough in the Tutorial section of the Main Menu.

Archer Mania comes with 10 rounds of Target Archery to test your speed and accuracy as you try and hit the Bulls Eye, under varying conditions.

Additionally, an In App Purchase of the Premium Pack will unlock another 10 rounds of Speed Archery where the race is on to knock down all targets within the given time frame in each round. The Premium Pack also unlocks a Super Bow, having stationary sights that allow for more accurate aiming.

The Range is clear … nock and fire! 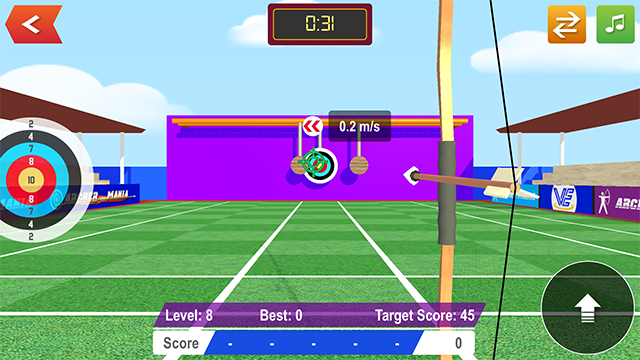 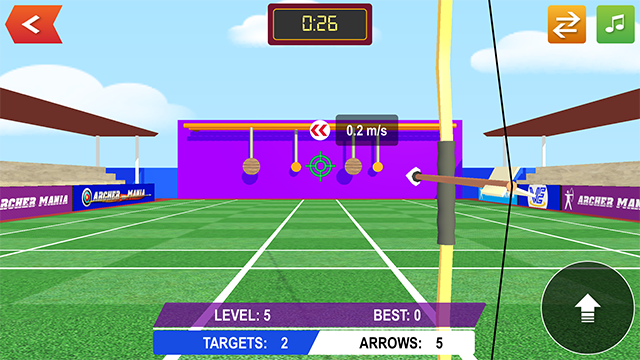